Behind Florida Foster Care Review’s 30 years are stories—stories of children and youth whose lives were changed by members of the community who cared enough to make a difference.

All names and likenesses have been changed to protect the identity of the children and families we serve. 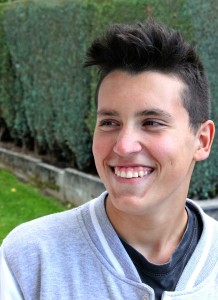 The Power of FFCR’s Youth-Centered Roundtables

To deepen the impact of the Permanency Roundtable Program, FFCR is currently piloting new Youth-Centered Roundtables (YCRTs) that give older youth input and buy-in into outcomes. Part of the YCRT process involves an additional consultation in which youth map their strengths, existing adult connections and more. The results are astounding.

Sixteen-year-old Mason* initially appeared shy and guarded. His voice was almost a whisper and he made minimal eye contact. He had been in foster care for years already, bouncing around between homes. He was now in a group home, but expressed clearly his wish to be adopted and to have the chance to grow up in a family.

We started with introductions and then everyone identified Mason’s strengths. An FFCR staff member, noting his personal style, wrote “creative” and “bold” on the board. Mason’s face lit up and he slowly began to talk about his hobbies, which include art. This initial icebreaker helped with what came next.

The FFCR staff member, acting on a comment Mason made about not having art supplies, sent a mass text to some friends requesting donations. One friend, who is also an adoptive parent of teenagers, asked for more information about Mason. Meanwhile, the PRT team – with Mason’s direction – was able to identify a previous foster family who had been a source of support for Mason and with whom he wished to maintain contact. The case manager committed to obtaining more information. Mason also expressed frustration with his current school. An FFCR volunteer agreed to explore appropriate magnet schools for Mason and sent the results to the case manager within a few days.

Within a few short hours, after more than 10 years in the foster care system, the YCRT team and Mason were able to identify potential permanent connections, reinforce Mason’s strengths and talents and begin to resolve his school situation. Between now and January, all roundtable participants will work with a renewed sense of urgency and hope to accomplish Mason’s desire to have a forever family. Without this process, Mason’s courage and the commitment of the roundtable members, this would not be possible. 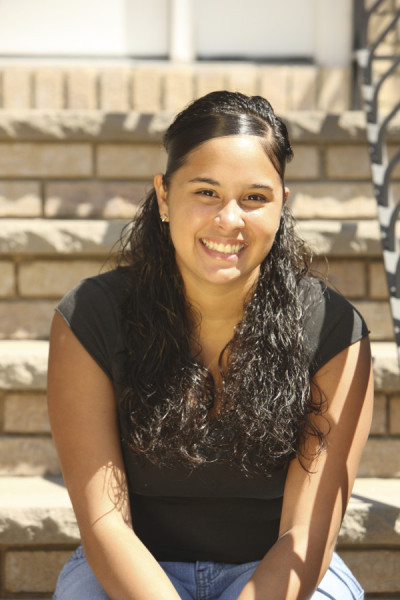 Sixteen year-old Alana was placed in foster care when her caregiver declared that she was ungovernable and refused to continue looking after her while her mother was hospitalized. Alana’s mother passed away soon after. During a review hearing, the Citizen Review Panel (CRP) learned that Alana had been using drugs. The panel members asked Alana what support she would need to get on a more productive life course. They recommended referral to a substance abuse treatment program and connected her to a volunteer opportunity. Alana pursued both.

Now 17, Alana is a different person. She is doing well in school and has thanked the CRP for connecting her to a treatment program that saved her life and helped her address her traumatic past. She told the CRP panel members that volunteering helped her realize that she wanted to be an occupational therapist. Alana has started looking into career programs and will continue to live with her foster family after turning 18. With the care and guidance of both the CRP volunteers and the supportive adults in her life, Alana is set up for success. 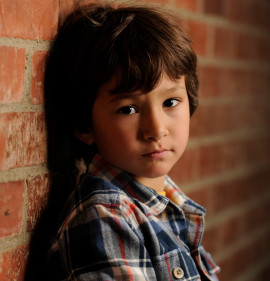 George initially entered care after his father allegedly abandoned him to his biological mother, whose parental rights had been terminated nine years before. After the father went two years with no contact with George and failed to engage in assigned case plan tasks, his parental rights were also terminated. One year later, in 2012, the case management agency applied for services for George from the Agency for People with Disabilities, and the request was approved.

Not long after, George’s mom appeared before the court to request visits with her son. The court granted the request, and George and his mom began unsupervised visits in January 2014.

In February 2014, the CRP heard George’s case and recommended that the case management agency begin the process of applying for a plenary guardian – someone able to exercise all legal rights and powers for another person when that person lacks the capacity – for George once he turned 18. The panel also requested a report on the status of family therapy between George and his mom.

At the next hearing five months later, the agency reported that the psychological evaluation needed for George’s plenary guardianship application had been completed. In addition, the family therapy report indicated that George and his mother had bonded. In an arrangement likely to provide greater stability for George going forward, George will now live in an approved living arrangement with his mother upon turning 18. 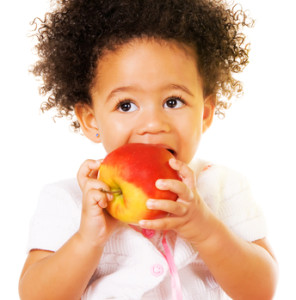 FFCR Meticulously Reviews Each Case, Focusing on Each Child’s Need for a Permanent, Safe, Stable Family

After reports of abuse, Danielle, age two, was removed from her mother’s care and placed with a loving foster mother. Her mother admitted to using drugs and alcohol, and had already lost custody of three other children. Her father had never participated in Danielle’s life and was charged with abandonment. Danielle was thriving in her foster mother’s care; however, one day, her father appeared in court seeking custody of his daughter.

As the case unfolded, the panel members examined the father’s participation in remedial services and monitored the developing relationship between Danielle and her father. He never missed a medical appointment or visitation, and Danielle’s behavior in his care demonstrated that she felt safe and secure. After time, all were in agreement that her father was a capable and loving parent who could provide Danielle a stable, nurturing home. The CRP made recommendations that led to Danielle being placed in her father’s custody. Instead of becoming Danielle’s adopted mother, her foster mother became her godmother. The panel’s ability to stay open-minded, keeping the child’s needs at the heart of their decision-making, helped ensure that Danielle now enjoys the love and support of both her father and former foster mother. 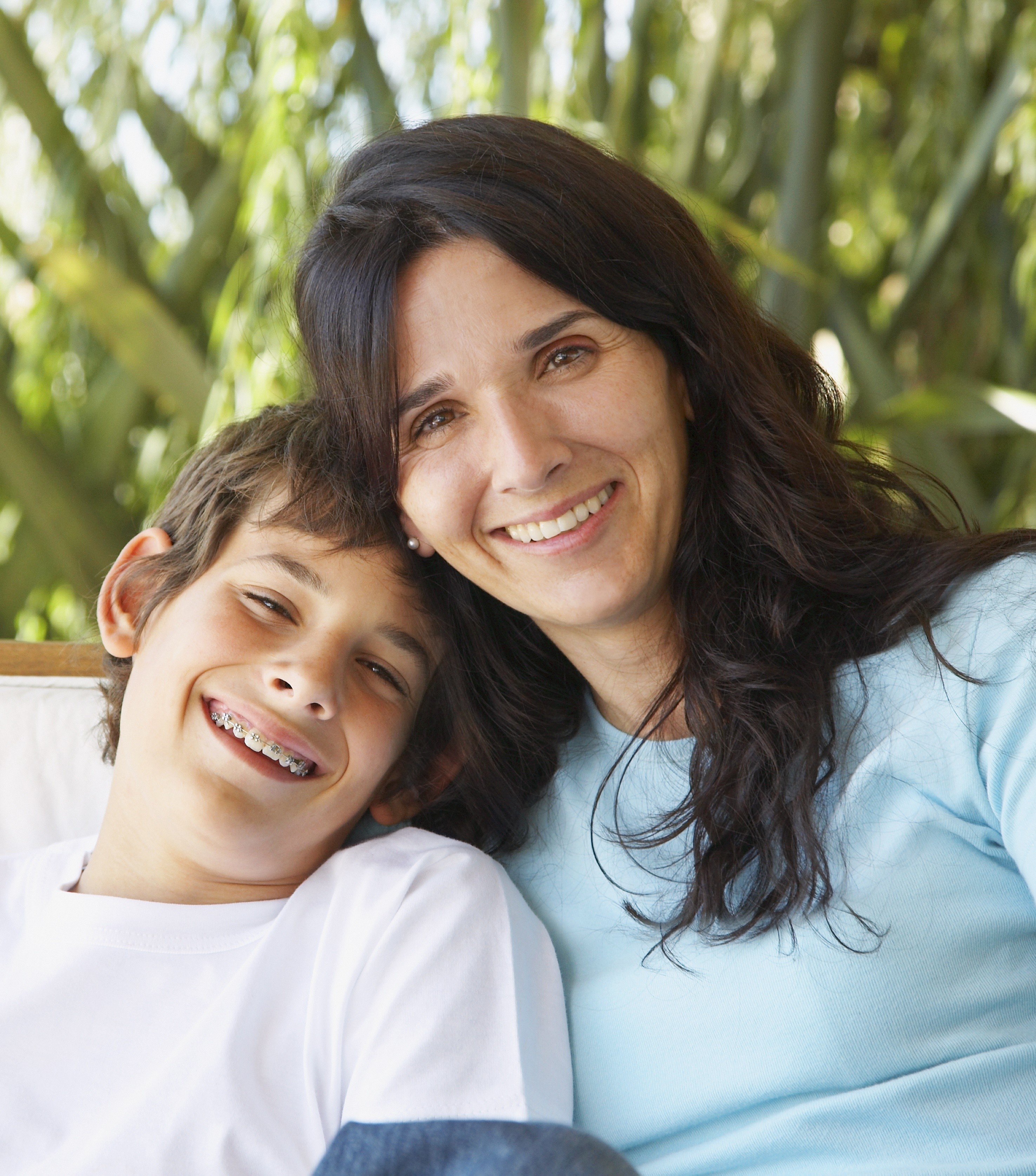 In 2012, law enforcement discovered Edward*, then 11, alone on a city bus and unable to speak. Upon contacting relatives, authorities learned this was not Edward’s first incident of unsupervised wandering. Edward was living in the U.S. with his father, while his mother remained in their country of origin. Because his father could not provide a safe home, Edward was placed in foster care. Health checks revealed autism, developmental and a speech disorder. Edward received therapeutic services at his foster home and at school. Edward’s father was inconsistent with visits and did not have a living arrangement that met Edward’s needs.

The PRT team developed a Permanency Action Plan that included outreach to relatives who had been in Edward’s life prior to his entering foster care as well as an action item to determine Edward’s legal residency status in the US. Over the next three months of Roundtables, the PRT team applied for and secured legal residency for Edward while also identifying a cousin, Ms. Jones*, who had known Edward as a child and expressed interest in once again being part of his life. The PRT team and Ms. Jones discussed the requirements of serving as Edward’s legal guardian. She embraced the idea enthusiastically. After a positive home study, a background check, training on Edward’s developmental and medical issues, and many visits by Ms. Jones to Edward at his group home, the court approved Ms. Jones as Edward’s permanent guardian.

Thanks to the concerted effort of the PRT team, Edward received the security of legal residency and a loving, stable caregiver, while also maintaining a positive relationship with his father.

The following is told by a participant in one of FFCR’s Citizen Review Panel hearings.

David will turn 18 in two months. He walked into our review room with that disconnected “here we go again” look that most of our teenagers have when facing our panel or any hearing. Given that he would soon be 18, the panel had a lot of questions, which David answered openly and honestly. “What are your plans after 18?” His response: “I don’t have a lot of answers to your questions but one thing I can say is I don’t want to be in foster care anymore. I am not going to EFC [Extended Foster Care]. I want to get my GED and live on my own. I have a job. I’ve raised myself and will continue to do so.” I took a deep breath and asked him, aside from not wanting to be in foster care, what other reasons he could give for not opting into EFC. He replied, “When you opt into EFC you have to stay until you’re 21. I’ve been in foster care since I was four years old. Don’t you think that’s long enough? I know the benefits. You get your rent paid, allowance and therapy. I don’t need therapy. I’ve had therapists my entire life. The minute you open up to someone, trust someone with your past, they leave you. What is the point? This system that you want me to stay in has ruined my life. My brothers and sisters were adopted. I was not. This system took everything away from me. I’ve lived in medical foster homes, foster homes and group homes. I’m tired.”

His words resonated with me. I felt his sincerity, and the pain and frustration in his words. I would be tired too. David was right. This “system” failed him. My panel grew silent. I looked around the room and noticed tears swelling in the eyes of volunteers. Before I could filter my words, I spoke. I told him he was right and I couldn’t even begin to imagine the life he’s had — the struggle, the broken promises, etc. But of all the things he said, he was wrong about EFC. You see, he was given wrong information or misunderstood the requirements. I took the opportunity to explain that if he opts into EFC, the agency will assist him with transitional housing, pay his rent, and once he obtains his GED, then he can opt into the PESS program and enroll in post secondary education such as community college or vocational/trade school. His face lit up. This entire time, he was under the impression he would have to stay in a foster home until age of 21.

When the review was over, he shook each panel member’s hand and thanked everyone for their time. I walked him out to the hallway and thanked him for coming. He looked at me and said, “Thank you for explaining things to me. I just want to make the right decision and have a real life.” In that moment I realized whatever we said to him had made a difference. I’m not the warm and fuzzy type but I took his hand and told him I believe he will make the right decision and that this was his life to live. He deserves every single benefit and opportunity available to him. We hugged. He put his ear phones back on and walked away. I watched him walk down the hall until he turned the corner and disappeared. David is probably 6’2″ and about 180 pounds, but in that moment it felt like it was 2001 and I was watching just another four-year-old boy walk down the hallway of the children’s court house and I could not help but wish that were the case. There are so many things we as a system could have done differently.